A Mustang by Any Other Name… Part II

Last month, we discussed car model naming conventions and how they were shaped by the impact of global events on the U.S. economy from 1950 through 1979. Knowingly or not, consumers place almost as much importance on auto model names as the vehicle design itself. Marketing a fuel conscious, smaller engine Reliant K would have fallen flat during the cheap gas and ozone-oblivious 1960s.

This is never more evident than in the 1980s. Even though oil prices dropped sharply from the inflated rates of half a decade before, the American consumer was still looking for value. The Big Three were recovering from the economy-stalled mid-1970s and invested heavily in new design and technology. The Ford Taurus debuted in 1985 and quickly gained popularity for its rounded, aero-dynamic design, which was quickly adopted by other U.S. and foreign automakers. 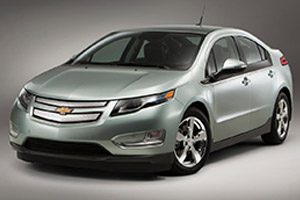 Even though the mention of a “bull” brings to mind anything but smooth-edged and svelte, Ford had a winner with its new rounded, sleek design. Continuing with the concept of aero dynamics – literally the motion of air – model names became fluid, other-worldly: Saturn, Phoenix, Cimarron, and Celica, Latin for “celestial.”

The numerous languages of Native Americans became another popular source for model names. Comanche, Dakota, Cherokee all got their start in the 80s. Carmakers reasoned that the inflation-strapped driver would welcome the image of a proud native warrior as its mode of transportation. History proved to be a great teacher. Long before that, carmaker GM’s Pontiac line (named for the famous war chief of the Ottawa tribe) produced sporty, high performance vehicles for over 80 years until the line was discontinued after the 2010 model year.

The 80s also saw the biggest sales in foreign imports. In fact, 1 in every 4 cars sold in 1980 alone were imports (http://www.anythingaboutcars.com/80s-car-imports.html). Cars imported from France, Germany, Sweden, and Japan seemed to use naming – or in most cases – numbering conventions all their own. RX-7, 3-series, 5-series, and 280Z were just of few of the foreign cars landing on American soil in the 1980s. These alpha-numeric labels typically corresponded to engine design and performance. Competing against the “home” team of Ford, GM, and Chrysler, foreign cars sought to evoke images of speed, sportiness, and superior craftsmanship.

The most iconic vehicles of the 80s have to be minivans. Chrysler was first to market with this “garagable van.” U.S. consumers ate up the vehicle that could hold 6-8 people, store golf clubs and groceries, yet still drove like a car. Chrysler’s monikers for such vehicles focused on being mobile and seeking excitement: Caravan and Voyager could have just as easily been the names of action adventure movies. GM and Ford soon picked up on the minivan phase and delivered their own hot sellers to the U.S. market: The GM-built Astro and Safari promised grand expeditions, even if it was just to pick the kids up from baseball practice. Ford banked on the success its aero dynamic design by named its entry into the minivan market the Aerostar.

As the 1990s dawned, the U.S. was embroiled in the Gulf War overseas, and a recession at home. Both factors impacted vehicle sales, which in turn impacted the design of new models. The Big Three were still losing market share to the lure of foreign imports and had to re-create themselves yet again. Both automakers found the sweet spot in sport utility vehicles. As the minivan’s much cooler younger sibling, sport utility vehicles offered both storage and style. The Ford Explorer and Chevy Tahoe were big sellers and defined the “bigger is better” message of Super Utility Vehicles. Some carmakers even sold family vehicle lines. Ford had the Explorer, Expedition, and hulking Excursion; Chevy answered with the Blazer, and Suburban. Chrysler opted to focus on the medium-sized SUV and offered the Dodge Durango.

New to the U.S. auto market, Hyundai made a respectable splash with its Tiburon (Korean for shark). Even as U.S. consumers evolved and demanded more of their cars, automakers still remained committed to the image of the vehicles they built. The most successful 1990s cars, minivans, and sport utility vehicles evoked astronomical, wide searching personas, promising the average Joe a little excitement and adventure in every drive.

As a new century dawned, America was attacked and everything froze: primarily the economy. The falling of the Twin Towers in 2001 caused Americans to feel vulnerable and scared. In time, these feelings transformed to pride and loyalty. There was a revived movement to “Buy American,” but the lines between domestic and foreign were no longer clearly drawn. Cars, both domestic and foreign, were built with parts both domestic and foreign. The Big Three were saddled with big debt as global sales stalled and union demands increased. Foreign models were suddenly not worth the increased maintenance and repair costs.

With the average U.S. citizen’s buying habits in retreat, what could automakers do to entice them to open their wallets again? Demand on foreign oil seemed to sway U.S. consumers toward fuel-alternative or hybrid vehicles. Loftily-named Toyota hybrids such as the Prius (to go before), Yaris (a Greek Goddess) had respectable sales. Chevy joined the alternative fuel market with electric vehicles, aptly named the Volt while Nissan capitalized on the “go green” rally cry and introduced the Leaf in late 2010.

Yet, most carmakers followed the “if it ain’t broke…” idiom to model names, retaining well-known, proven vehicle names for their hybrid endeavor. The Ford Fusion Hybrid, Honda Accord Hybrid, and BMW i3 Electric don’t leave much to the imagination, but carmakers are banking on the name-recognition to entice consumers enough to buy.

With the 2020s on the horizon, is a safe bet that cars, however powered, will reflect the ever-changing attitudes of the U.S. consumer. The economy has never been more globally dependent or resonant. As the line between domestic and foreign cars continues to blur, consumers will be similarly communized. Where will that leave the deeply-studied car model naming exercise? Only time will tell, but one thing is certain, no one will ever buy an Edsel again.