“With Toyota as its premier partner, and the majority of its teams being sponsored by car brands, the AFL could almost be called the Automotive Football League”
– Roy Morgan Research, April 2014

Recently we looked at how automakers see sports and sporting teams with entrenched worldwide popularity, as the ideal marketing platform from which to build brand awareness, credibility and an emotional connection with billions of people. 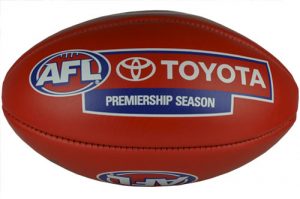 However there is one sports league that is virtually unknown outside of Australia, with a degree of automaker sponsorship and involvement that exceeds leagues of far greater global appeal.

The Australian Football League (AFL) is the highest-level professional competition in the sport of Australian Rules football, a sport played and followed almost exclusively in Australia. In 2014, over 7.83 million Australians (41.0%) said they watch AFL almost always or occasionally on TV2 and average attendances were just short of 34,000 people per game3, making it Australia’s most watched and attended sports league.
Of the 18 teams that make up the AFL, a remarkable 13 (72%) had automaker sponsors at the end of the 2014 season. Coupled with this, Toyota has been the AFL’s premier corporate partner for the past 11 years. In essence, automakers dominate the sponsorship landscape in the AFL perhaps like no other sporting league in the world.

So why have automakers opted to sponsor a league and its teams with an appeal and audience limited to Australia only? Coupled with the AFL’s dominant viewership on TV and in stadiums, here are just a few contributing factors: 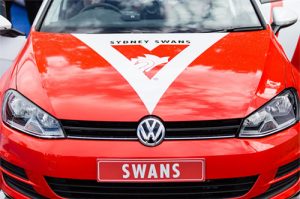 Some fans of particular teams are much more likely to purchase a new car than others. The Sydney Swans Football Club sponsored by Volkswagen, boast over 1 million supporters, of which 188,000 (16.5%) supporters plan on buying a new car in the next four years. At the opposite end of the popularity spectrum, the Melbourne Demons Football Club has fewer supporters than the Sydney Swans have new car purchase intenders. However of their 182,000 fans, just over 39,000 are in the market for a new car. Melbourne Demons supporters are 76% more likely than the average Australian to buy a new car.1

Other teams such as the Richmond Tigers (sponsored by Jeep), Geelong Cats (sponsored by Ford in what is considered the longest sports sponsorship in history) and the Brisbane Lions (one of two teams sponsored by Hyundai) all have fan bases with a much higher than average intention to buy a new car. With Audi recently announcing an agreement with the Hawthorn Hawks for the start of the 2016 season, it may not be long until the AFL really becomes the Automotive Football League and every club has a sponsorship deal with an automaker. 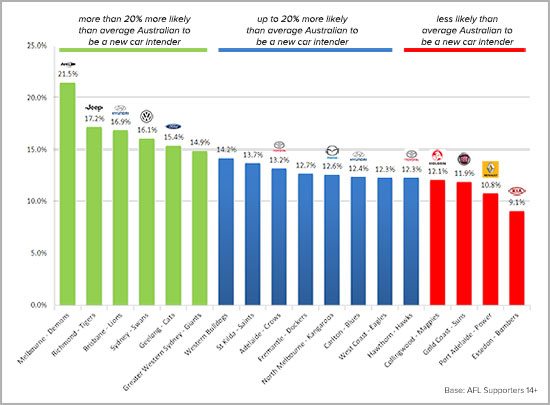 Credit: Roy Morgan – Cars and AFL: a match made in sponsorship heaven? [http://www.roymorgan.com/findings/cars-afl-match-made-in-sponsorship-heaven-201404280125]