If you’ve been employed as a Parts Professional (don’t ya love how lofty that title sounds?) then you obviously have become familiar, if not comfortable, with your OEM part numbering system.

If you are a Ford guy, you know base numbers, major and minor sections. If you are a Toyota or Hyundai parts guy/gal, you know PNCs (Part Name Codes) and illustrated sections. I’ve been around this long enough to know that once a parts guy or gal gets it (understands their numbering system) then they have a certain comfort level in knowing they can do their job and do it well. 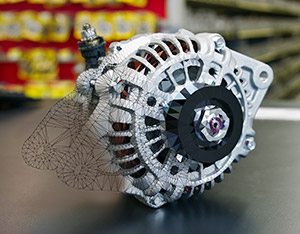 Now, ask them to take off their Toyota hat and put on a Ford hat, or vice versa, and if you look close enough you’ll see a little squirming and maybe a bead or two of sweat. The anxiety will mostly be due to the perception that “the other guy’s” part numbering system is totally different, more complex, and will mean that even the most experienced parts pro will be starting over at square one with the new numbering system.

Please say it ain’t so!

There are actually more similarities between OEM part numbering systems than one might think. And finding your way around an unfamiliar OEM parts data set is not mysterious enough to cause any undue perspiration.

Before making the leap from Freddy Ford to Tommy Toyota or Helen Hyundai, it will help you to first understand a few basic things about automotive cataloging. Once you do, you’ll soon be back in your comfort zone, regardless of what OEM part numbering systems you’re looking at.

In principle, the two are really quite the same. Other than the small OEM “nuances” (i.e.: unclear things that every OEM puts in their catalog to make your day interesting) a Ford basic number or a Toyota/Hyundai PNC are “exactly” the same thing.

Here are a few more base number vs PNC examples:

The problem is there are a “gazillion” PNCs and base numbers, so even the department “brainiac” can’t remember all of them. And, in case you do not know, cannot remember, or just don’t care what the base or PNC is, we have Section information.

Section, or illustrated section, is a piece of the car that the OEM has drawn up. Parts guys typically refer to sections simply as illustrations. Illustrations contain the individual parts related to the section.

But even Sections have a method to their madness and are organized in a similar fashion regardless of OEM. Again, each OEM has some individual nuances that will make you earn your money, but in the end, their layout is different but the same.

Hyundai is very similar, and their major sections are as follows: ENGINE, TRANSMISSION, CHASSIS, BODY, TRIM, ELECTRICAL – with no number designation.

As for Ford, here comes the first nuance. In newer vehicles, those built roughly after 2000-2001, Ford switched to a GCAT (Global Catalog Format) and the GCAT section index matches up fairly close to Toyota & Hyundai. 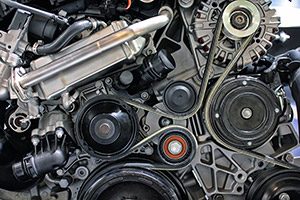 Lastly, except for a few thousand “nuances”, the actual part number has a “genetic link” back to the MAJOR and MINOR sections. The DNA that links this all together can be seen in a subtle relationship between the base number, PNC and Section number.

So you see, fellow Parts Professionals, they were right all along! 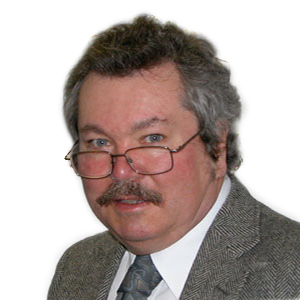 Jack Steinkamp is a Fixed Operations Consultant with over 40 years of Service and Parts experience.

He is a subject matter expert and industry consultant on the design and function of Electronic Parts Catalogs, Service Menus Pricing programs and electronic Multi Point Inspection systems.

He also conducts informative and relevant webinars on new products and services available to Parts and Service Departments.