Microcat EPC Delivers on its Promises at Lucas Ford

“We tried the other guys and came back.
Microcat EPC boosted our
parts sales by 10%.”

Since first opening its doors in 1946, Lucas Motor Car Company Inc of Burlington, NJ, has placed a high priority on quality, service, value and integrity. Doing what they say and backing up their promises has been a key to Lucas’ success. They expect the same from their partners and suppliers, which is what brought Lucas back to Microcat EPC after giving the competition a shot.

“I had been working with Microcat for a long time and really liked it,” says Alan Vice, Parts Manager at Lucas Ford. “Then the main competitor came in talking up its EPC and offered a free trial. I had my doubts but they made it sound really good, so I gave it a try. I should have followed my instincts. The problems started right away, and I was switching back to Microcat in just a few months. It’s good to be back with what works.”

“One of the biggest issues with the competior, was the parts look-up,” continues Vice. “It was hard to do and the information was inaccurate. I can’t afford to have my EPC do that. I can always count on Microcat to identify the right parts and give completely accurate, up-to-date parts information.”

Simple, Intuitive, Efficient
“Microcat is definitely easy to use and quick,” says Vice. “The menus and features are really intuitive. My parts counter people like that, and so do I. It keeps things running smoothly and avoids backlogs. That enables us to sell more parts. With Microcat, our parts sales are up at least 10%”

Better Information, Better Performance
Microcat’s VIN-filtered information gives us the best, most up-to-date parts information we can get,” says Vice. “It’s accurate, it’s immediately available and it gives us exactly what we need without a bunch of hassles. The parts locator is also really helpful. We like it a lot better than the other system.”

The Bottom Line
“Microcat is simple, user friendly and dependable,” says Vice. “It makes our job easier. The customer service and support is also great. They’re super responsive and really knowledgeable. The other guys talked a good game, but delivering is another story. Microcat is the right EPC for us.” 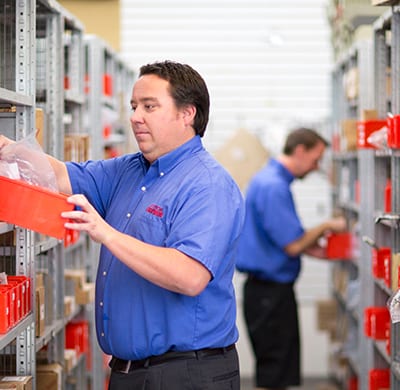