Over the past few years, portable devices such as tablets and smartphones have transformed service processes and become essential technology for service staff around the world. Coupled with new systems and applications, advancements in tablets and smartphones have helped OEM service departments create a more engaging, personalised and value-added customer experience.

For example, walk-around multi-point inspections with instant pricing of identified parts and labour, on-the-spot VIN-specific service quotes and real-time customer feedback collation, are now part of the service chain for thousands of dealerships around the world – and all made possible, efficient and effective by the use of tablets and smartphones.

One organisation that has put considerable time and resources into wearable technology is Berlin Technical University. The university believes that wearables have the potential to improve the monitoring and maintenance of vehicles, machines and appliances as they become more feature-packed, and consequently more intricate to service and repair. It has already commenced work on a sleeve-like wristband that can alert a service technician through hearing, sight or touch, before a mistake is made on the job. For example, a service technician may reach for the incorrect tool, switch or button only for a quick vibration notification on the wrist or arm saving an error, additional work and expense.

The university’s team of researchers and developers have even fitted the sleeve with a small display, capable of delivering text and video help and feedback. Ulrike Schmuntzsch, who leads research on the project at the university, said that trials of the sleeve were met with positivity and technicians were open to receiving feedback and explanation on the screen. The results also indicated that technicians felt more comfortable using a wearable sleeve rather than a glove. According to Mr Schmuntzsch, vibration warnings proved to be more effective than acoustic signals, which were at risk of being drowned out by other noise in the workshop.

Will sleeves and wristbands be the only wearable technology to feature someday in a service department near you? Although Google has recently suspended development of its Glasses eyewear, Head-up display (HUD) technology could in coming years, enable multi-point inspections and diagnostics to be performed using ‘augmented reality’. 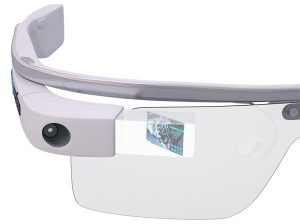 Research projects such as the one undertaken at Berlin Technical University show just one way wearable technology could influence the future of fixed operations. One thing is for certain, huge opportunities exist for fixed operations spec wearables. Mr Schmuntzsch believes that improvements in wearable technology designed for motorsports and health and fitness, will lead to better devices for technicians. There is also scope for wearables to monitor, track and report on user performance, with the potential to enhance efficiency and productivity.

There is tremendous upside for automakers, dealerships and vehicle owners from a future of service focused wearable technology: improved repair and service quality, faster service and reduced waiting times, and greater customer satisfaction.

Let us know what you think!

Are you a service advisor or tech that would embrace wearable technology in the service department? Do you see potential for a different type of wearable technology, other than sleeves or glasses? Email your thoughts to marketing@infomedia.com.au.