Discover the history of the industry-leading EPC

In 1987 a young parts interpreter stood in front of his microfiche reader and thought, there must be a better way to find parts. By day, Wayne Sinclair sold vehicle parts for a prominent dealer in Sydney, Australia. By night he taught himself programming at his kitchen table.

Wayne observed that no matter how experienced the interpreters in the shop were, they all made some mistakes interpreting the symbols, abbreviations, and codes of the microfiche. Part of his job was to process the parts that had to be returned to the OEM because they were incorrectly selected. That could be 4% to 8% of the parts ordered. He also saw unintentional mispricing occur, as busy parts interpreters misread part numbers from the catalogue or mistyped them into the DMS.

Wayne had the idea that it would be possible to program a personal computer to interpret the symbols, abbreviations, and codes of the microfiche. Then it would automatically cross-check for supersession, look up the price and build an order in the DMS. So during the following three years, he was parts man by day and programmer by night. Throughout that time, Wayne showed his prototype Electronic Parts Catalogue to every Parts Interpreter and Manager who was interested. He took on board their feedback and suggestions and programmed them in. His “MicroCat” was truly an EPC created by parts people for parts people. 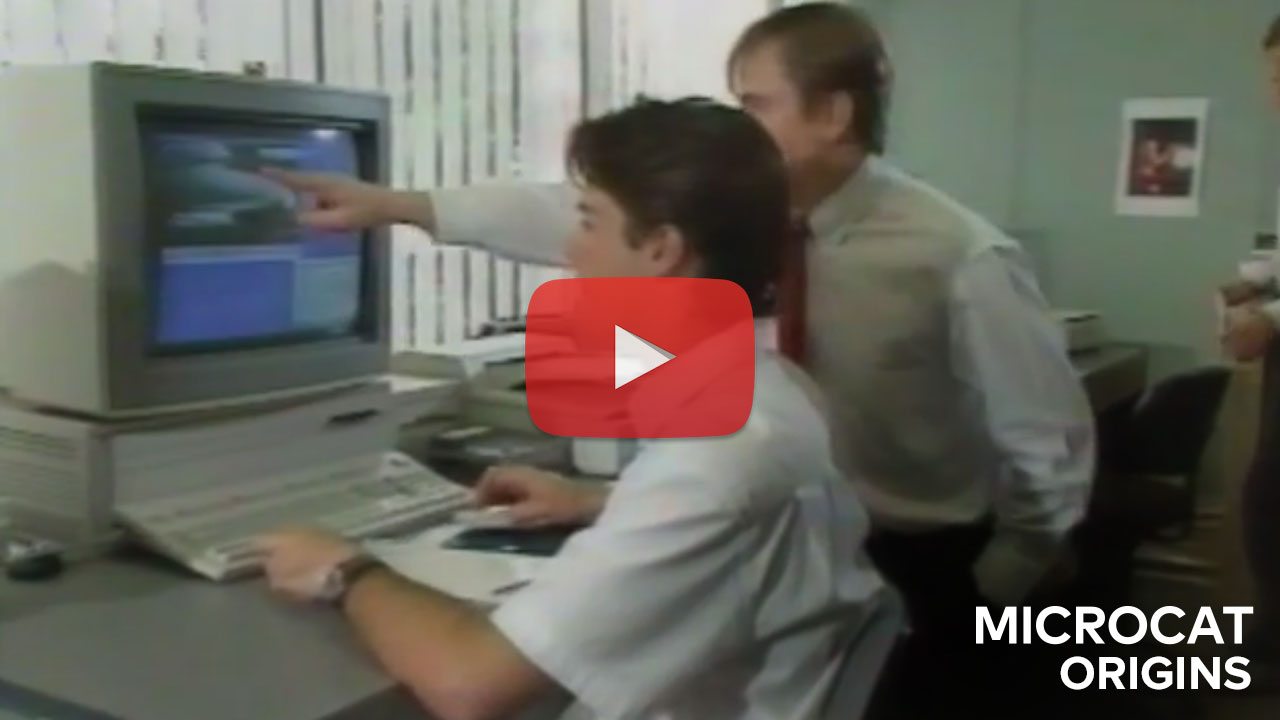 In 1990, Wayne teamed up with Infomedia to move Microcat® EPC from his kitchen table to the world. The company assembled a team of programmers, data managers and commercial people to build on his work and make it so reliable that it could be depended upon every day by dealers around the world. It was widely applauded for its advanced concepts that defined EPC not just as a catalogue part display, but as an ‘intelligent’ parts selling system.

Since Microcat was released, it has gone on to be the leading parts platform in the world.

It introduced a string of firsts, including being the first EPC to:

Now as Microcat has transitioned from DVD to online delivery, Infomedia is applying its rich developmental knowledge to create an even more flexible and powerful tool for parts professionals. Microcat EPC has introduced dealers to the freedom of selling parts anytime and anywhere – without discs to load, dongles to plug in and delays for the latest OEM data.