Research current metrics for vehicle repair market share in the U.S. and you may get a headache before you can determine a definitive winner.

Historically, each camp had its faithful followers and never the two crossed. However, in recent years, there has been a shift in thinking; on both sides of the fence. In the last half dozen years, the stalled American economy and bankruptcy of two of the Big Three has resulted in the closure of thousands of dealerships. Those that survived did so by becoming multi-branded showrooms and often part of an even bigger dealer group. 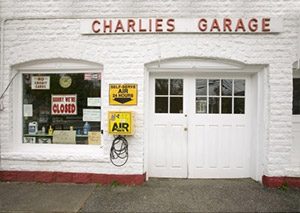 At the same time, Independent Repair facilities flourished as consumers sought cheap maintenance on their aging vehicles. Capitalists took advantage of this market segment and formed their own network of repair facilities.

This has resulted in a bump in the independent repair shop business. In a joint study conducted by ASA and Polk, it was calculated that the independent aftermarket’s share of parts and labor sales has risen 2.7% since 2008. This upward trend is expected to continue for at least the next four years. If 2.7% growth seems negligible, think again. This equates to a $238 billion revenue shift away from dealership maintenance and repair in 2013 alone.

Yet, dealers are still showing respectable profits in their maintenance and repair sectors. Rising consumer confidence has sent more buyers to dealership showrooms, yet they are not as willing to purchase a new vehicle as before 2008. [ibisworld.com May 2014]. Dealerships have been forced to adapt their business to win back the budget-driven consumer. Mark Seng, Polk’s vice president of aftermarket and commercial vehicles, explains.

To supplement modest new vehicle sales, “they (OEMs) have become very aggressive in the aftermarket and they are using technology as one means to do that.” Seng provides a compelling scenario. For example, if a vehicle service indicator light turns on, the dealer, through telematics, can directly send the driver a message, such as “Hey, there’s an oil change special. Bring it in on Friday and take advantage of the oil change special!’” he said.

But, until telematics has become reality, “there are simply more vehicles on the road that will be typically repaired in any kind of aftermarket channel than anywhere else and in any other time in history,” reasoned Seng.

With 11.3 years the average age of a vehicle on the road today, OEMs and dealers recognize the need to cultivate relationships with consumers whose aging cars will require more maintenance.

Studies show that the trend of customers choosing independent facilities over dealer service is based on the idea of ‘perceived value.’ For example: If a local repair shop claims it “beats dealership service prices!” customers tend to focus on just that factor in making their service decision. What consumers may not know is that independent facilities often use aftermarket parts to stay competitive. While cheaper, aftermarket parts fall short when it comes to fit and finish and overall quality.

To retain and regain customers, both OEM’s and dealerships have started evolving their service processes to better engage and inform their customers of the benefits of genuine service. A personalized and transparent service sales process is becoming the standard expectation and puts the vehicle owner in the driver’s seat, so to speak.

While the independent repairers will continue to be attractive to a certain consumers, OEM and dealers are adapting to the changing landscape to remain relevant. OEMs are building intelligence into future vehicles that will strengthen the argument for dealership maintenance and repair. OEMs are confident this upstream investment will better position their franchised dealers to retain their customers longer and more profitably.

As independent shops woo customers with lower prices, dealerships count on the lure of genuine parts coupled with the incorporation of OEM technology for a complete customer experience. With hundreds of billion consumer dollars at stake, one thing is certain: the battle between the dealership and independent shop is far from over.